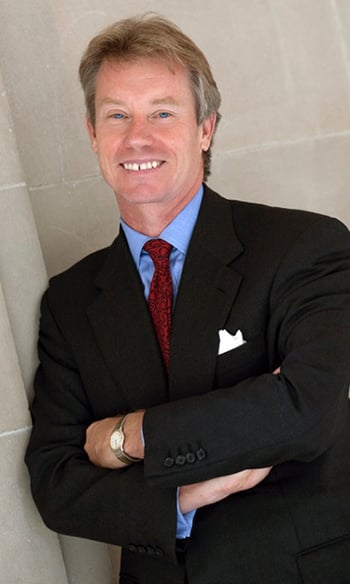 The NoMa community was deeply saddened to learn of the passing of James Curtis III, a managing partner and a co-founder of Bristol Group, a San Francisco–based real estate investment and development company with an important presence in NoMa for 25 years. Known as Curtis to friends and business associates, he took an active role in improving the real estate development community’s approach to urban development, including devoting two years to serve as chair of the Urban Land Institute (ULI) Foundation, a real estate nonprofit dedicated to improving the built environment. He was also a trustee and foundation governor of the ULI and received several lifetime achievement awards as public recognition of his service. Curtis died on June 30, 2019. He was 65 years old. 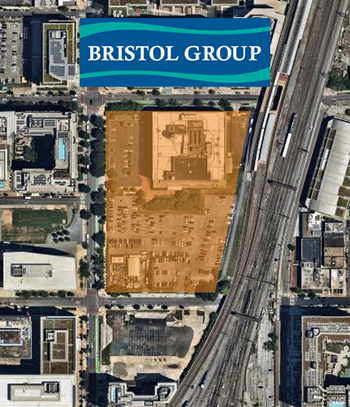 Curtis was an early believer in the potential of NoMa. In 1994, when Bristol acquired the Woodward & Lothrop warehouse at 131 M St. NE (as well as the empty lot surrounding it), the District was still suffering from a decades-long decline and the blocks between Union Station and New York Avenue were a mix of empty lots and a few dilapidated buildings. Yet Curtis saw incredible potential here and envisioned the thriving, mixed-use community that exists today. Under his oversight, Bristol’s architects produced drawings of broad, tree-lined streets and a vibrant mix of office, residential, and retail spaces. When 131 M was fully redeveloped by Bristol and reopened in 2005, the same year it was listed on the National Register of Historic Places, it was rebranded as One NoMa Station, with the name prominently placed on the warehouse’s iconic rooftop water tower. The NoMa BID’s first office and a large 3D model of what the neighborhood could be were at One NoMa Station for several years.

But Curtis also understood from the start that the key to anything happening in NoMa depended on great transit access, and he and his team at Bristol were among the vanguard in the effort to create a new Red Line station just south of New York Avenue. Curtis helped build support for the concept, and Bristol contributed both land and money to the landmark public-private partnership that resulted in WMATA’s first infill Metro station, which opened in 2004 and is widely understood as a primary catalyst of the neighborhood’s resurgence.

Harriet Tregoning, former director of the D.C. Office of Planning, remembers Curtis’ experience in the early days of NoMa: “In rare and wonderful instances, a person and a seemingly mundane project come together and contribute to the transformation of a place — an entire part of a city, even — and also have a profound impact on the people involved and how they think of their work. That is the story of Jim Curtis and NoMa. Curtis’ decision to join forces with other NoMa property owners, the city, and the federal government to fund a new Metro station on the Red Line not only changed the trajectory of an entire part of Washington, D.C., but also changed Curtis. He became a passionate advocate for transit and other nonvehicular transportation choices, and for all of the wonderful, serendipitous experiences that one encounters on the sidewalks of a great neighborhood. He was one of a kind, and we will miss him.”

Curtis continued to be forward-thinking about NoMa as the neighborhood grew. In 2016, he took a risk on a popup beer garden and provided the space that brought Wunder Garten, now a highly successful and beloved NoMa community “back yard,” to its current home at the corner of First and L NE. He was a supporter of the NoMa-Union Market bid for Amazon’s HQ2 and envisioned a dazzling development of Bristol’s land holdings at the heart of NoMa. 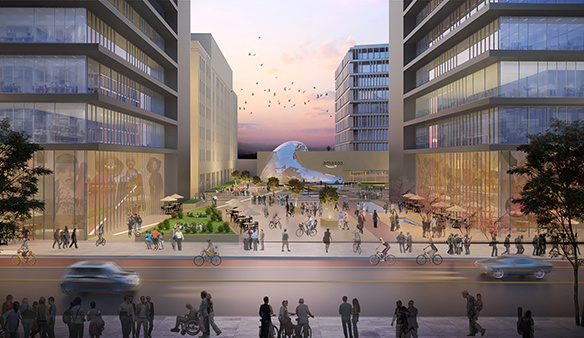 NoMa BID President Robin-Eve Jasper remembers him fondly: “Honestly, it took me a minute to ‘get’ Curtis. To say he was high energy — well, that is beyond an understatement. He was whip-smart, enthusiastic, and really understood urban places. He was loyal and generous in his assessment of others. Even from his headquarters in San Francisco, he stayed completely on top of happenings in NoMa and was proud of it all. His passing makes me terribly sad.”

There will be a memorial for Curtis on August 9 at St. Dominic’s Catholic Church in San Francisco. Contributions in his honor may be made to the St. Anthony’s Foundation: stanthonysf.org.