On April 24, 2019, the NoMa BID held its 12th annual meeting. In addition to a review of all that happened in NoMa in 2018, the gathering was an opportunity for members to vote in a new slate of Board of Director members:

Douglas M. Firstenberg of Stonebridge stepped down as chair, and Brigg Bunker of Foulger-Pratt is the new NoMa Board chair, and Berkeley Shervin of The Wilkes Company the new vice-chair. Also stepping down from the board were Charles Garner of the CIM Group, Rodney Moulden of GSA, Andrew VanHorn of JBG Smith, and Adam Warren of Harris Teeter. 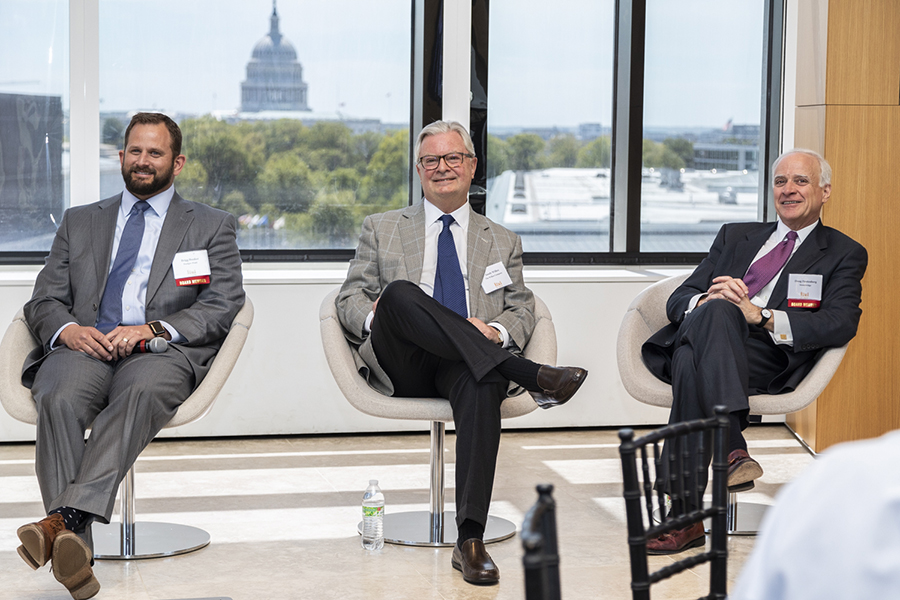 With the departure of Doug Firstenberg this year, and Sandy Wilkes of The Wilkes Company last year, the BID is saying farewell to two men who were crucial leaders not only for the BID’s first dozen years, but in the decade prior to the BID’s establishment in 2007, including leading the effort to establish the public-private partnership with the D.C. Government that is funding the NoMa Parks Foundation and creating terrific parks for the NoMa community. (Wilkes will remain as Chair of the Foundation’s Board of Directors.) We celebrated their time in NoMa with a humorous look back at Doug and Sandy’s accomplishments:

The NoMa BID also celebrated the great people and organizations we worked with in 2018 through the annual Partner of the Year awards: 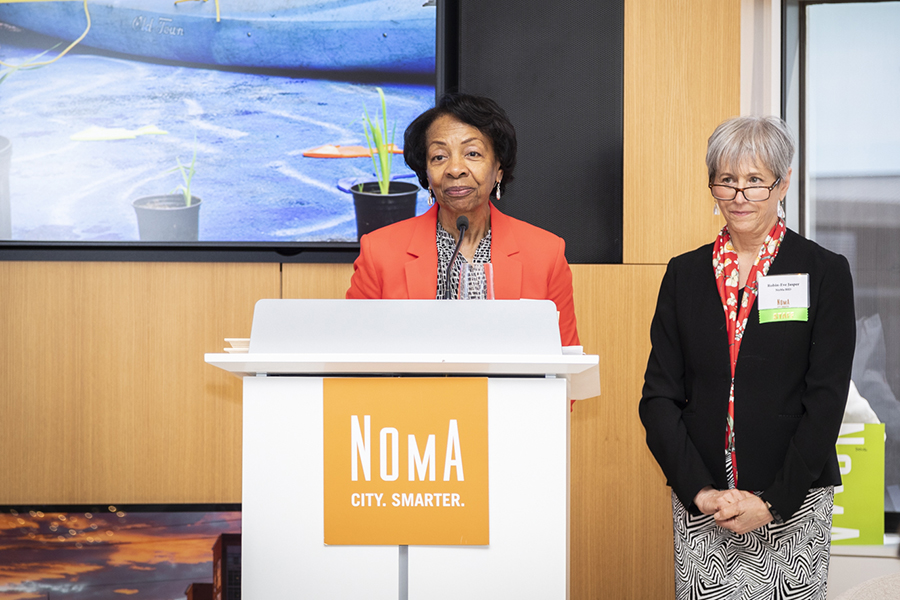 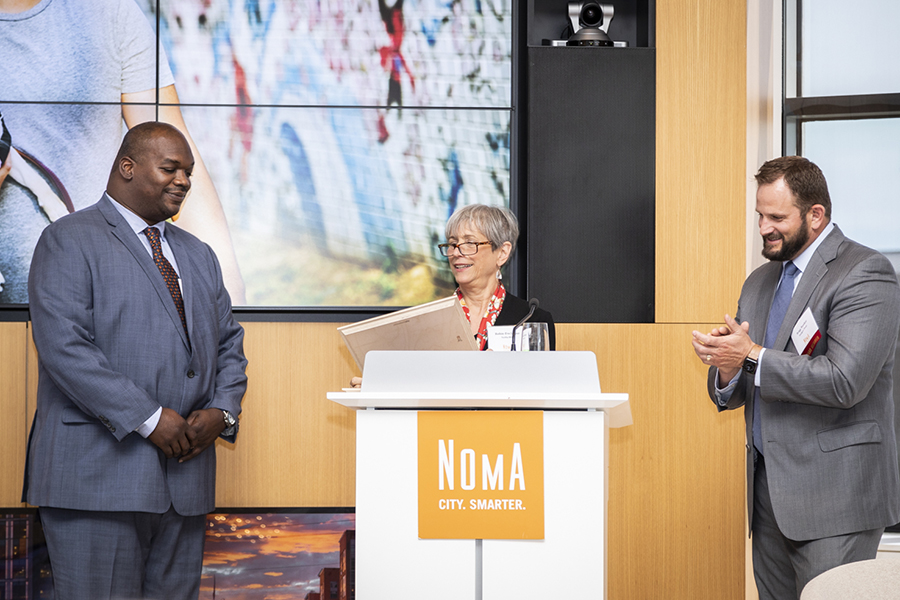 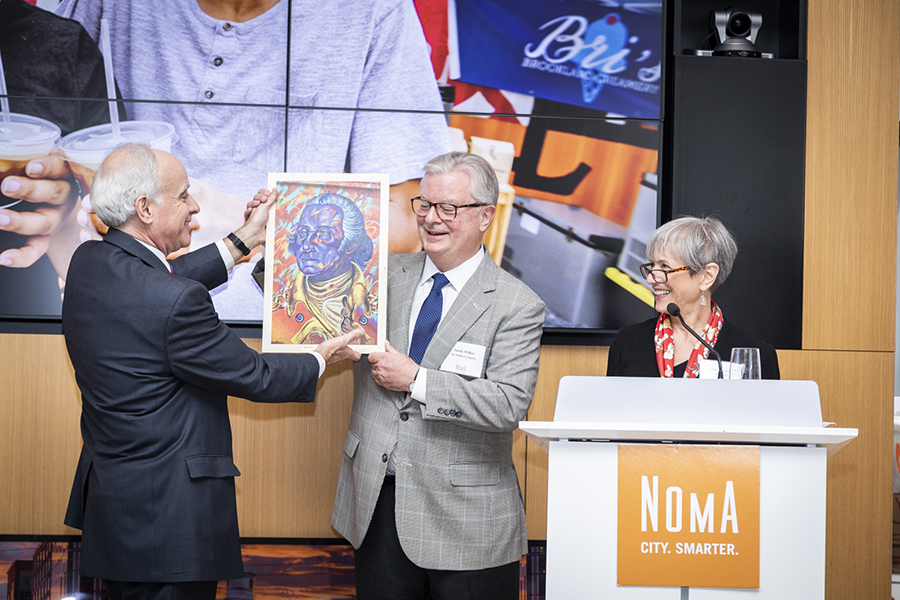 Finally, the NoMa BID noted the retirement of Ibrahim Turayson, who was hired as the organization’s first Hospitality Ambassador in 2008. Ibrahim will move back to his home country, Sierra Leone, to enjoy retirement with family and friends. Learn more about his story with this celebratory video made in 2013, when Ibrahim stepped away from the neighborhood for a year. 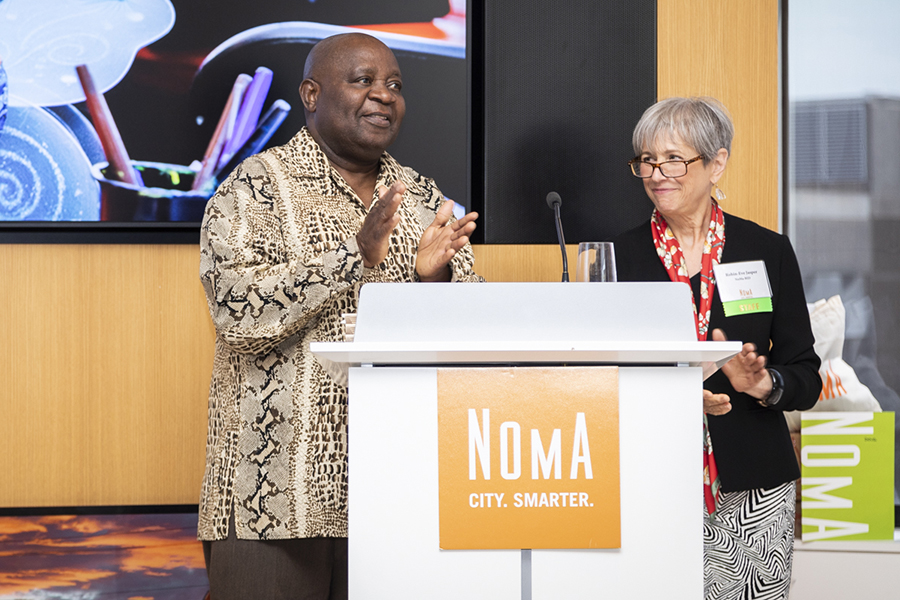